It’s almost one year on since I started this blog, and I am thankful for a great year in film. The clairestbearest awards go to:

Loved the book, loved the film. David Fincher made this hauntingly beautiful while completely effed up at the same time. A star performance by Rosamund Pike.
Runners up: Maps to the Stars, The Double

Not a musical in the typical sense but far and above the most enjoyable. Great music, sweet story, stunning New York locations. Bring on more movie musicals in 2015 – starting with the highly anticipated Into the Woods and The Last 5 Years!
Runner up: Jersey Boys

Best action film: Dawn of the Planet of the Apes (Matt Reeves, 2014)

There is so much more to this film than what many would expect. The humans were a little dull but the apes were extraordinary. Impressive CGI + motion capture, and a powerful message about the senselessness of war. I even shed a tear.
Runners up: Edge of Tomorrow, The Maze Runner, The Hunger Games: Mockingjay Pt 1

One of the most entertaining animated films I have ever seen. I think I laughed more than any of the children in the cinema. The animation was incredible and the film had a great message too. SPACESHIP!
Runner up: Big Hero 6

Full of rich themes that provoke many questions, while never becoming convoluted. The many twists and turns make this one a real treat and Bérénice Bejo is stellar.
Runners up: Venus in Fur (France), Human Capital (Italy), Force Majeure (Sweden), Living is Easy with Eyes Closed (Spain), Populaire (France) 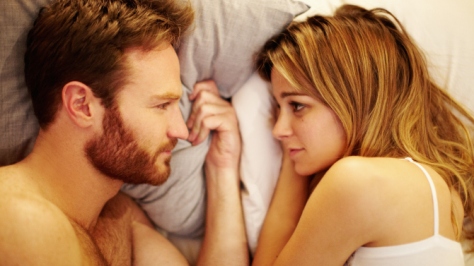 Technically nothing cracked me up more than The Lego Movie, but outside of animation I would have to go with this hilarious Aussie comedy. Yes, decent Australian comedies do exist! IT’S A MIRACLE! Full of vignettes about various couples and their sexual fetishes, The Little Death is wickedly enjoyable.
Runners up: The Wolf of Wall Street, 22 Jump Street, What We Do in the Shadows

All hail Sam Claflin, KING OF THE DIMPLES! So it’s a little predictable but it doesn’t sugar coat relationships and it actually makes London look full of warmth. I cried at the predictable end.
Runners up: The Other Woman, Populaire, It Boy

Joaquin Phoenix nails it in this quirky Spike Jonze concoction about a guy in love with his artificially intelligent operating system. Apparently in the future 70s fashion makes a comeback – hells yeah.
Runners up: Dawn of the Planet of the Apes, Edge of Tomorrow, Predestination, The Infinite Man, The Double, Snowpiercer 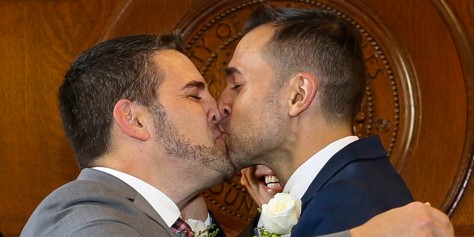 This doco about the fight for marriage equality in the US made me feel all the feels. Not only a fascinating look into the legal side of things, but full of emotion. Hurry up and get with the times, Australia. You’re embarrassing yourself.
Runners up: The Armstrong Lie, Life Itself

Guy Pearce and R-Patz absolutely nail it in this dystopian piece about a guy who just wants to get his bloody car back. A-grade acting, cinematography, score, and screenplay. But keep in mind that a lot of people get shot in the head.
Runners up: Predestination, The Infinite Man, These Final Hours, The Little Death, Felony

A guy on his phone in his car for a whole film might not sound too exciting, but what if the guy was TOM HARDY? And the film was AMAZING? An incredibly compelling film that deserved more than its one cinema in Melbourne. Ditto for all those listed below.
Runners up: The Infinite Man, Obvious Child, Maps to the Stars, The Double, Snowpiercer, The One I Love

I unexpectedly loved this first instalment of the Maze Runner trilogy, and I’m even placing it above this year’s Hunger Games, though that’s mainly because Mockingjay Pt 1 is really just a necessary precursor to the more important finale due next year. Since reviewing this one I’ve actually started to enjoy running. Coincidence? I THINK NOT.
Runners up: The Hunger Games: Mockingjay Pt 1, Divergent

Simply marvellous. Adorable Paddington and his marmalade sandwiches made my heart all fuzzy. And it didn’t even need Colin Firth after all.
Runner up: Maleficent

Is there anything Meryl Streep can’t do? (Rhetorical question, obvs.) Once again she proves just how bad-ass she is in a brilliant performance as a prescription-drug addicted psycho bitch of a mother. The supporting cast is full of further superstars – Julia Roberts, Benedict Cumberbatch, Ewan McGregor to name a few. Apparently it’s not as good as the play but it seemed pretty damn good to uninitiated me.
Runners up: Nebraska, The Skeleton Twins

Richard Linklater filmed this over 12 years! That’s crazy town! It is a treat to watch Ellar Coltrane quite literally grow up in front of our eyes, along with Ethan Hawke and Patricia Arquette as his parents. Heartfelt, genuine, and simply remarkable.
Runner up: 52 Tuesdays 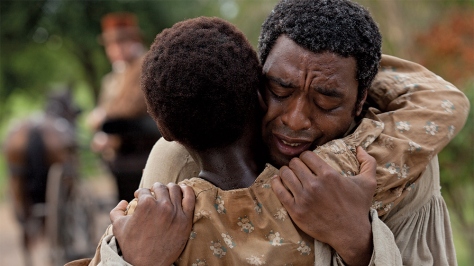 Very few films made me cry this year (and in fact the ones that did were often sub-par teen films like The Fault in Our Stars and If I Stay.) However, there were a few quality films that brought tears to my eyes (I’m more a single tear kind of gal rather than a full blown sobber when it comes to movies). I was overwhelmed by 12 Years a Slave in which the shameful history of white America was on display. An absolutely brilliant film, but one that I would be happy to never see again. For those who haven’t seen it, it is a must-see. It will make you feel uncomfortable, but not THAT uncomfortable compared to the atrocities some people have to deal with.
Runners up: The Case Against 8, Boyhood, Pride, Dawn of the Planet of the Apes, Big Hero 6

Not everyone was a fan of this magnificent beast of a film, but for me it was one of the best of the year. With a record for the most F-bombs ever in a film, plenty of boobs, and a bunch of unlikeable characters, it’s understandable that some weren’t overly enamoured with TWOWS. But it was hardly endorsing such lifestyles and it was consistently hilarious with brilliant performances by Leonardo DiCaprio and Jonah Hill. Keep churning out your brilliance, Scorsese.
Runner up: The Grand Budapest Hotel

If you haven’t seen this one yet and you’re at all interested in music, stop whatever you’re doing and go see it, quick smart. Insanely good and if there’s any justice in the world then J.K. Simmons is winning the Oscar. Get ready to have your mind blown.
Runners up: 12 Years a Slave, The Wolf of Wall Street, The Past, Gone Girl, The Rover, Boyhood