Following all of the eagerly anticipated January releases (Into the Woods! Birdman! Foxcatcher!) we can start to look forward to many more great films in 2015. Though many are as yet unannounced or unknown, there is still plenty to get excited about. Here are my most anticipated releases for 2015 thus far:

Release date: 13th March
Starring: Lily James, Helena Bonham Carter, Cate Blanchett
The trailer for Cinderella promises a magical delight, and much rests on the shoulders of little known Lily James in the title role. Fingers crossed we get some modern revisions on this rather sexist fairy tale. I’m disappointed to learn that it’s not a musical but in good news, the new Frozen short, Frozen Fever, will proceed the film at all screenings. 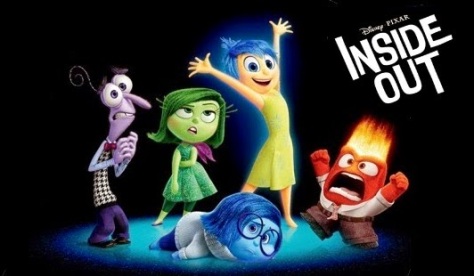 Release date: 18th June
Starring: Amy Poehler, Mindy Kaling, Bill Hader
You can always count on a Pixar film to be awesome, and their latest effort involves personified emotions in a little girl’s brain – fear, disgust, sadness, anger, and joy. This will be brilliant for kids (and adults).

Release date: 16th July
Starring: Hugh Jackman, Rooney Mara, Garrett Hedlund
Well it has to be better than the NBC musical version. And Hugh Jackman is Blackbeard! And Hook is a good guy! And Rooney Mara is beautiful! An early trailer promises bucketloads of treasure.

Release date: 6th Nov
Starring: Daniel Craig, Christoph Waltz, Ralph Fiennes
If this is as good as Skyfall, it’s going to be amazing. But as long as Daniel Craig is shirtless at some point I will consider it a job well done.

Release date: 19th November
Starring: Jennifer Lawrence, Liam Hemsworth, Josh Hutcherson
The much-awaited finale is going to be met with a crapload of hoopla and I expect big things. I’ve already forgotten what happens in the book so the suspense is killing me! I don’t know if I’ll have a reason to live once it’s over.

Release date: ?
Starring: James Franco, Jonah Hill, Felicity Jones
Considering the cast, it may come as a surprise to learn this isn’t a comedy. It is – you guessed it – a true story about a disgraced journalist (Jonah Hill) who learns that a wanted murderer (James Franco) has been living under his name. If the trailer is any indication, it looks set to be a real thriller.

Release date: ??????????????????????
Starring: Anna Kendrick, Jeremy Jordan
If we don’t get a release date for this soon I am going to throw a tantrum. It has its US release as early as February so we better not be far behind. The Last 5 Years traces the relationship of two lovers – one from the start and one in reverse – and is accompanied by a wonderful score by Jason Robert Brown. The casting of Anna Kendrick and Jeremy Jordan should equal pure perfection and I’m expecting brilliance and I’m expecting to cry. This is my number one most highly anticipated film for the year. FOR THE LOVE OF GOD GIVE US THIS AMAZING MUSICAL QUICK SMART!

What are you looking forward to seeing this year?

One thought on “My Most Anticipated Films of 2015”