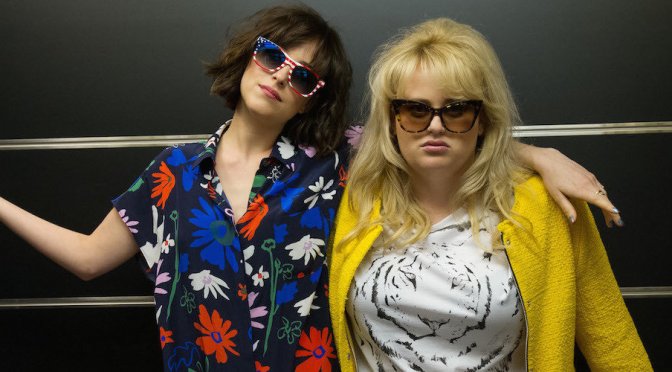 He’s just not that into you. But who cares because the single life can be glam too! For a moment at least.

How to Be Single is based on a novel by Liz Tuccillo, occasional writer for Sex and the City and co-author of the revered He’s Just Not That Into You, also adapted for film in 2009. Co-screenwriters from that film, Abby Kohn and Marc Silverstein (also co-writers for Valentine’s Day and The Vow) have adapted Tuccillo’s work once more, with Christian Ditter (Love, Rosie) in the director’s seat.

We are introduced to the various characters, which make up multiple different – loosely connected – storylines. Alice (Dakota Johnson) wants a break from her boyfriend Josh (Nicholas Braun) and is introduced to singledom by friend and colleague Robin (Rebel Wilson). Her sister Meg (Leslie Mann) is single and yearns for a child, opting to use a sperm donor shortly before meeting a younger guy, Ken (Jake Lacy). Tom (Anders Holm) tends the bar which Alice and Robin frequent, and is an A-grade PLAYA. Lucy (Alison Brie) lives above the bar and goes down to use their WiFi to use internet dating sites, and strikes up a lively banter with Tom. Initially the whole thing seems terribly predictable – I was fairly sure I could guess where every storyline was going. It was refreshing then to find that for the most part I got it completely wrong. How to be Single isn’t ground breaking, but it does break with convention in multiple ways, occasionally even making fun of the genre in which it clearly sits.

Dakota Johnson successfully carries the bulk of the film, doing more than just biting her lip and having multiple orgasms like in her last big piece of crap film, Fifty Shades of Grey. Hers is an easily identifiable character – a young woman addicted to relationships who struggles to be alone. Rebel Wilson’s Robin is conversely a woman empowered by her single status, revelling in the freedom it affords her. She does her same old schtick here – it’s hit and miss. Leslie Mann is, perhaps unsurprisingly, the most likeable of the bunch – okay with being single but battling a ticking biological clock. Alison Brie brings the laughs with her neurotic Lucy, an exaggerated version of the desperate optimist. Some characters get coupled off, some don’t. The film thankfully does not play into the cliché that happiness relies on a partner. Much.

It’s a good message, but one that occasionally undermines itself. It feels that what the film is really saying is “It’s okay to be single, but not for too long”. Despite its inclusion of an older character, and despite all but one of the actresses involved being over thirty, its message seemed aimed at younger women who don’t need to worry about biological clocks. Yes, they involve a character with this problem, but she gets pregnant way more easily than what science would suggest is feasible. Nonetheless, How to be Single still has value and those women not in a rush to settle down may learn a great lesson from viewing. But do yourself a favour and don’t pick it as your date movie.

2 thoughts on “FILM REVIEW: How to Be Single”