Italy, Romania and Wall Street feature in this edition of Short ‘n’ Sweet with a few films outside of the mainstream. 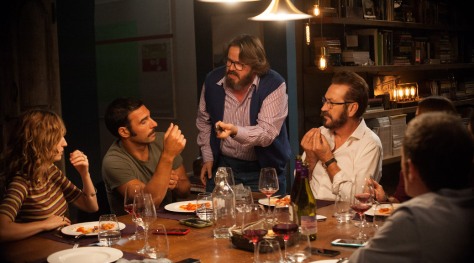 An Italian hit that sees a group of seven friends assemble for a dinner party. They decide to play a game whereby every member of the group must share every text message, phone call, email, and whatever else pops up on their phone during the course of the night. What could go wrong? While it does show what a huge role our phones play in our lives, more than anything else it is about secrets. Are they better out in the open or kept locked away? It’s a mixed bag. The film seemed headed for a dud ending, but it ended with a very thought-provoking finale indeed. See it for yourselves.
3.5 stars 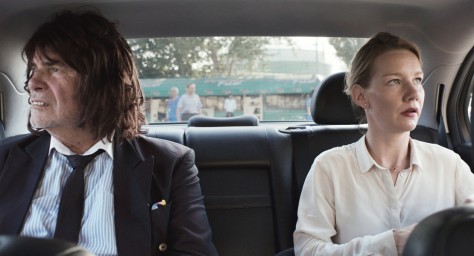 At two hours and forty-two minutes this felt like the longest film of my life. I can do three hour films, but stuff has to happen. Winifred (Peter Simonischek) visits his corporate-world daughter Ines (Sandra Hüller) in Romania, taking on an alter-ego in an attempt to reconnect with her. Watching this film was excruciating. It offered up some interesting ideas, but ultimately I didn’t get the point and I felt like I didn’t understand what was going on half of the time. Nominated for Best Foreign Film at this year’s Oscars, no doubt many will find more value in it that I did. One scene near the end offers good comedic value but… what even was this?
2.5 stars 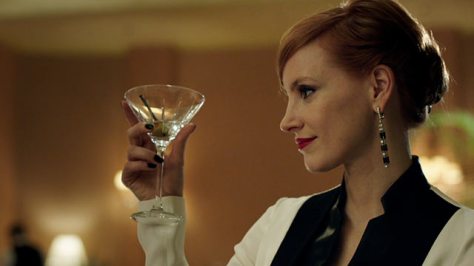 Political dramas are often not my cup of tea because I tend to get lost about five minutes in. That this was much more palatable may be a bad sign to House of Cards fans, but it was certainly appreciated by me. Washington lobbyist Elizabeth Sloane (Jessica Chastain) takes on the big guns… literally – she takes on the gun lobby. Full of twists and turns this is a solid two hours of entertainment, all the more enjoyable because it features a woman who doesn’t take shit and who sticks it to the man! Jessica Chastain should have got an Oscar nom for this, but, oh yeah, the academy struggles to recognise that quality films can be about women too. One of my favourites of 2017 so far, this was a breath of fresh air in a genre that is almost exclusively focused on men. Add it to your list.
4 stars